FACTORY RATES As the producers and stockists we offer competitive rates.

MANUFACTURED PARTS We develop, design, improve and produce 95% of our products. 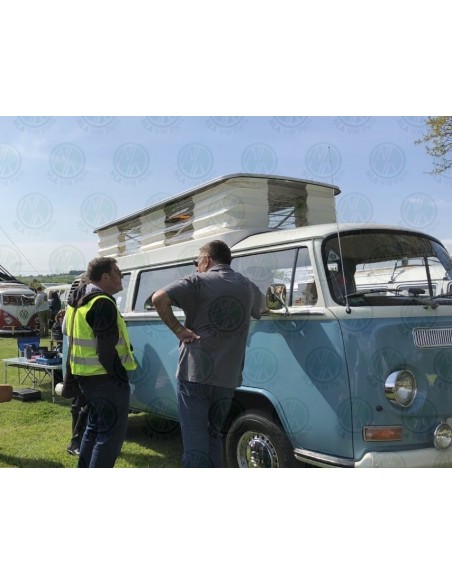 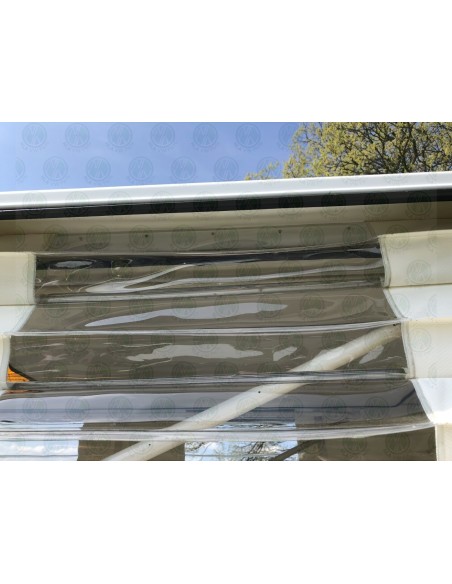 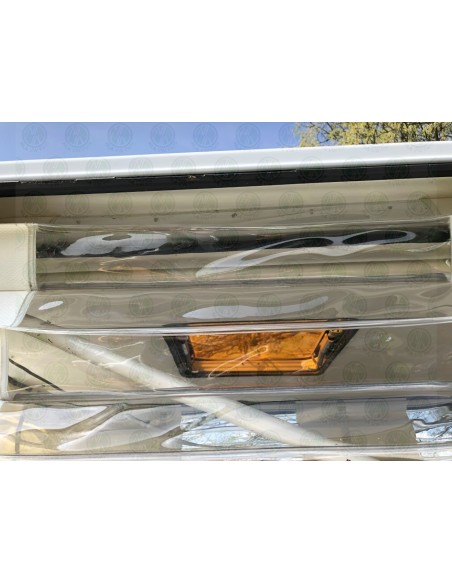 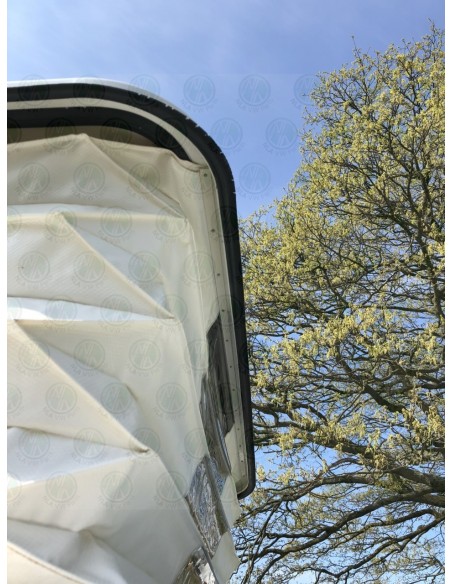 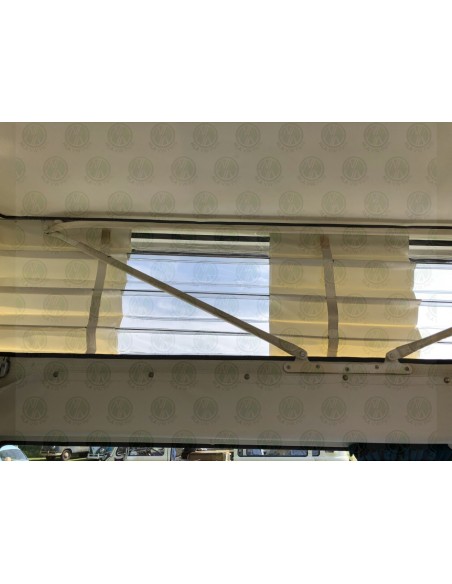 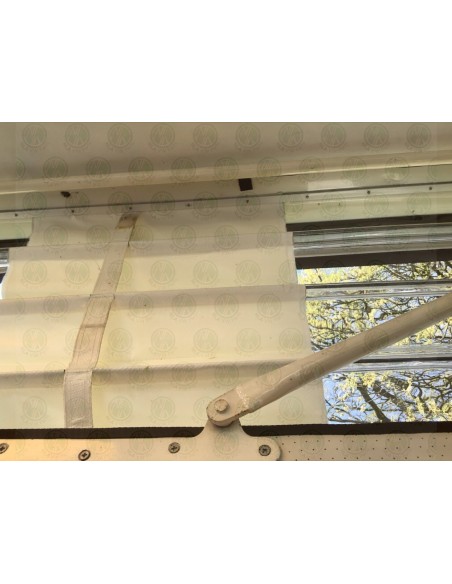 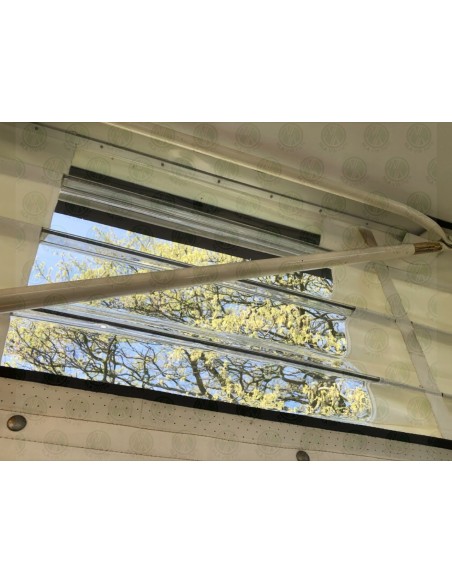 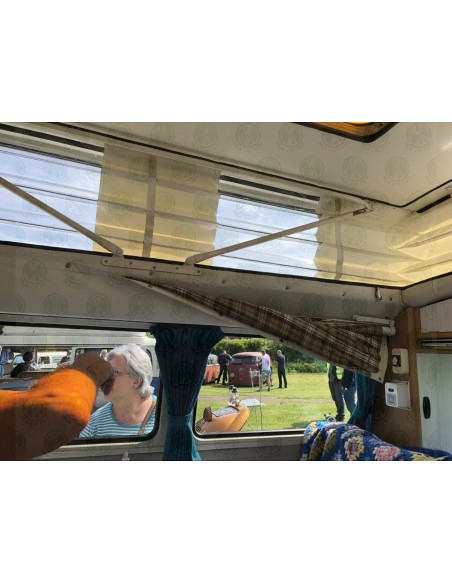 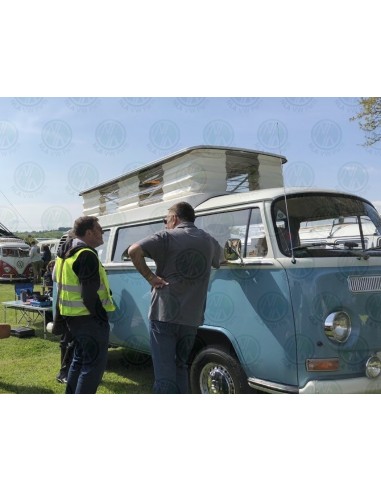 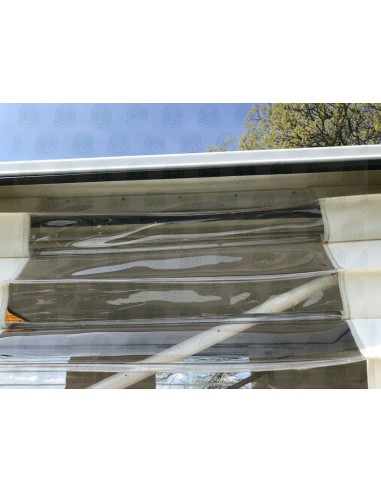 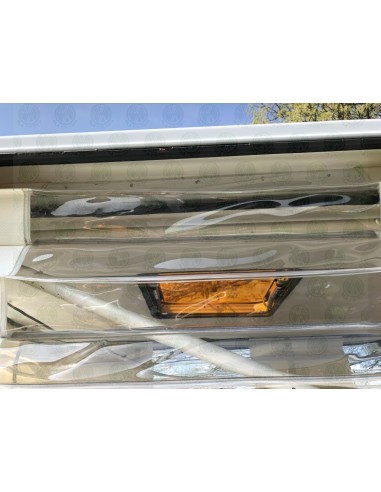 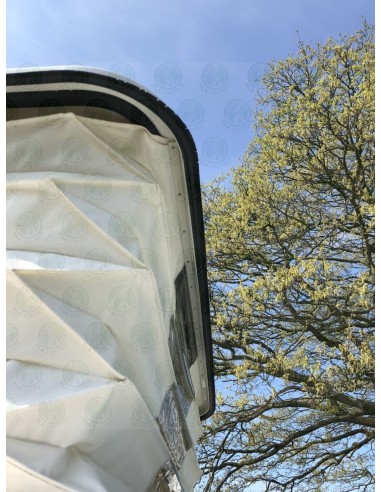 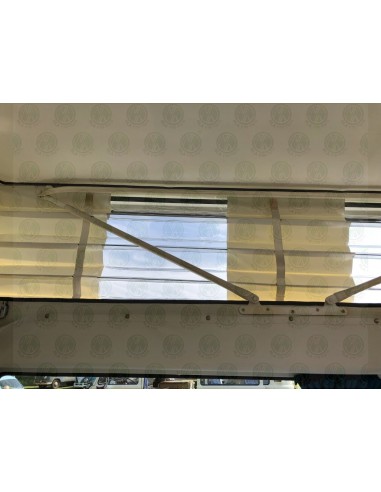 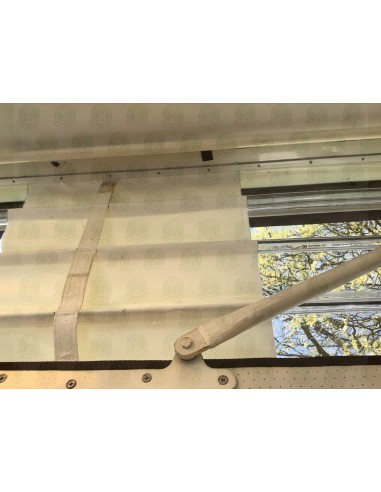 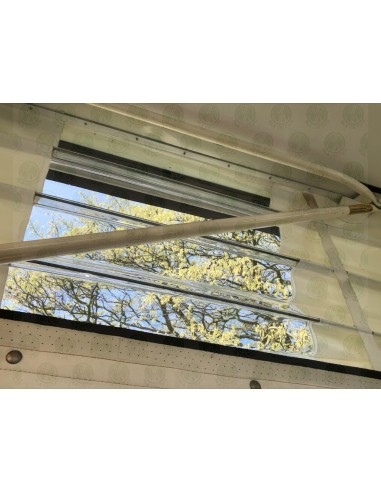 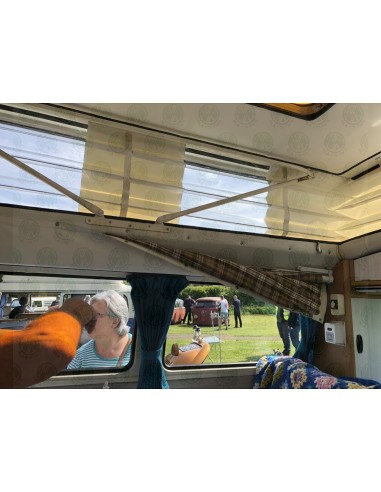 For sale is this brand new reproduced Heavy Duty White Devon roof Bellows 1968-1975 with Clear panels and concertina sides and set of steel rods go to the internal pockets on white heavy duty PVC the same material as the original but stronger.

For sale is this brand new reproduced Heavy Duty White Devon roof Bellows with Clear panels and concertina sides and set of steel rods to go in the internal pockets on the bellows.

This Devon roof was produced by Devon Campervan Conversion from the beginning of the bay window in 1968 until 1975. After that it was superseded by a one piece fibreglass type. It consisted of a fibreglass plinth which was attached to the roof of the van and a shallow elevating roof attached by spring loaded triangular side supports that hold the roof up when extended.

The roof has concertina style bellows, early models being made in white PVC material and having clear window sections on it. This was changed to plain white bellows with no clear portions in the early 1970's, both concertina bellows were in a PVC material with internal steel rods to give it support.

The roof has a central aluminium portion that is supported by a riveted framework that gives the roof its shape and supports the vinyl headliner. This central portion is connected by a joining seal to the outer aluminium frame which attaches to the triangular side supports. There is a single vent in the roof. 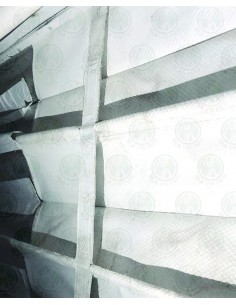 £4.75
For sale is this brand new reproduced Heavy Duty internal White PVC holding strap only for Devon roof Bellows 1968-1975 with concertina sides.  This is for 1 strap. 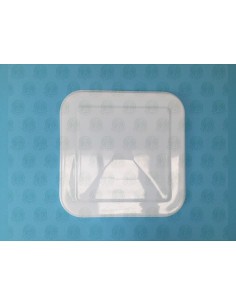